Maree describes the emergence of ‘a small band of flamboyant personalities with diverse talents and unique flair’ appearing in Japanese language media, televisual and print, in the early 2000s known as queerqueens—a hybrid of effeminate men and ‘men who love men’; a figure that ‘cuts across axes of heteronormativity, gender binaries, and queernesses’.

The queerqueen personality is a ‘sometimes cross-dressing cross-speaking’ media figure who manipulates ‘original manhood’ to perform a queen personality through his fashion and speech.  They use onē-kotoba (queen-talk), which Maree has written about extensively elsewhere, and is characterised by its reliance on exaggerated intonation, pitch, and stress plus ‘scathing wit’ which is achieved through appropriating hyper-feminine speech indexing gentleness and elegance juxtaposed with crass, sexual, and vulgar language.  Using this queen repertoire, queerqueens signal that they are not stereotypical men.

In the first chapter, Maree lays out her main arguments that will organise much of the book:  that queerqueen personality, voices, and speech are collaboratively created by a host of language-labourers (including editors, transcribers, impact-captioners, and censors) who create the final product.  This labour is often hidden from the consumer but takes place in various forms including transcription, intralingual translations, editing, captioning, and censoring; but this labour is crucial to positioning the queerqueen as expressing their authentically queer true self. This language labour is another form of the excess detailed in the book.

By following the ‘booms’ of queerness in contemporary Japan, Maree tracks the recycled iterations of queerqueen as they reverberate through various media technologies across the decades.  Understanding queerness through cyclical booms is integral to considering the ways that queerqueens are commodified and consumed; when booms appear on the horizon they look novel and, importantly, different.  But, over time, the novelty wears off and obsolescence sets in—at which point, another boom may be seen on the distant horizon, bringing new novelty and consumption opportunities, and so on.  It is this cyclical process of the boom that Maree describes by focusing on five discrete examples (five chapters) of queerqueen representations, noting the language labor that goes into the overall production in each case. Three of these examples are discussed below.

Chapter 2 seeks to make clear the ways that the sound of queerqueens can be read.  Conversations between queerqueens Osugi and Peeco (popular in the 1970s and 80s) are transcribed and heavily edited before being bound and sold as books; the conversations cover topics that range from critiques of celebrities, gossip, and highly sexualised banter.  But it is not the content of the conversations that is the excess; rather, it is the writing itself to which we must attend.  The use of non-conventional orthographies, high frequency of rubi (auxiliary text) to assign atypical readings to Japanese kanji, and punctuation render the print conversations as authentic queerqueen conversations.  For Maree, the ‘queer orthography’ anchors the printed talk of the time ‘to the ‘actual’ conversations of ‘real’ okama (fag/poofter) queerqueens’.

In chapter 3, Maree explains how the queerqueen is transformed from the medium of print to television becoming a onē-kyara (queen personality), sealing the linkages of linguistic performances to social types; and, when this character is distributed via mass media, it serves to homogenise the language practices, character types, and audience expectations.

In the early 2000s the queen personality boomed through the expansion of lifestyle media and the makeover genre.  By examining the variety show OnēMANS, Maree shows how the queerqueen personality is constructed as the expert on both hetero-normative men and women—their appearances, psychologies, and desires—while also being in competition with ‘real women’ for men as their intimate partners. Linguistic excess in this case is not simply oral language, impact captions (telops) are also used.  Impact captions appear on screen in different colors, placement, animation and typeface, providing even more linkages among speech styles, fashion, and bodies: pink, lilac, or lavender for hyperfeminine queen-personalities and blue for personalities who identify as men or simply not hyperfeminine.  Other colors are mapped onto the impact captions that represent vulgar or rude language (e.g., brown).  Rather than simply linguistic excess, the televisual queerqueen is produced as semiotic excess.

In contrast to the on-screen semiotic excess of the variety show, chapter 5 closely examines the late-late night show Matsuko’s Room (2009-2011) (Matsuko no heya) which stars queerqueen Matsuko Deluxe sitting on a sparsely-furnished stage (Matsuko sits in front of velvety-looking curtains).  In this instance of excess, Maree examines excessive censorship of language and body parts.  Through the use of audio beeps, pixilation, redaction marks, and graphic overlays, (over) censorship is engaged for comedic effect. These censored verbal acts and body parts serve to craft the shoestring budget TV show and the host Matsuko as one who is candid and honest. The language being censored is sometimes the banter that Matsuko engages in with her director, Ikeda, (the only other person who talks on the show, as the program does not have guests), which is highly explicit and suggestive and part of the general offense that is purposefully created for entertainment. In short, Maree makes the point that the censorship is ‘negotiated and staged’ and creates the illusion of offensive language or images whether or not they actually exist; and, this, it turns out, can be highly comedic.  Viewers can ‘fill in the blanks’ of what was censored, taking a role in the creation of comedy.  Moreover, as Maree points out, if Matsuko and Ikeda happen to say or show something which is considered defaming or insulting, the censorship overlaid during production will protect the show from legal action when it airs.

Maree states in the preface that they were compelled to ‘untangle the interwoven threads of gender, sexuality, and desire from a queer perspective.  Everything in [the] book originates from there’. But, how does one unravel threads which are not only tightly wound but in point of fact help form each other? Maree achieves this feat through careful and methodical analysis of linguistic excess across print and audiovisual media produced over the half-century in contemporary Japan.  In each case, Maree shows how the collaborative processes of language-labourers combined with creative uses of Japanese orthographic styles serve to produce the queerqueen as a recognisable social category.  While these media serve as entertainment, they also instruct:  the queerqueen knows men and the male body intimately; as such, they also instruct (cis)(het)women on what they should be doing to accommodate the preferences, needs, and desires of (cis)(het)men.

What linguistic anthropologist Miyako Inoue did for Japanese women’s language, Maree has done for onē-kotoba and onē-kyara—the language of queerqueen personalities.  While Maree draws on examples from Japanese media, the book is a must-read for anyone working on media of any sort.  Maree lays bare the manipulations at play and the heteronormative norms that undergird social media today.

The many challenges of fighting against enforced disappearances in Asia Contested Asia and the return of the Quadrilateral Security Initiative 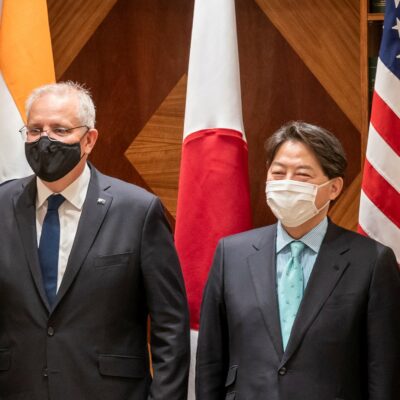 India and the Quad: Chinese belligerence and Indian resilience 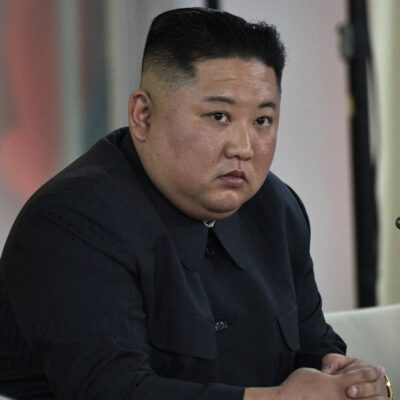 North Korea’s nuclear weapons have not been a ‘game changer’